Get our latest news, events and promotions
25Jun
2019 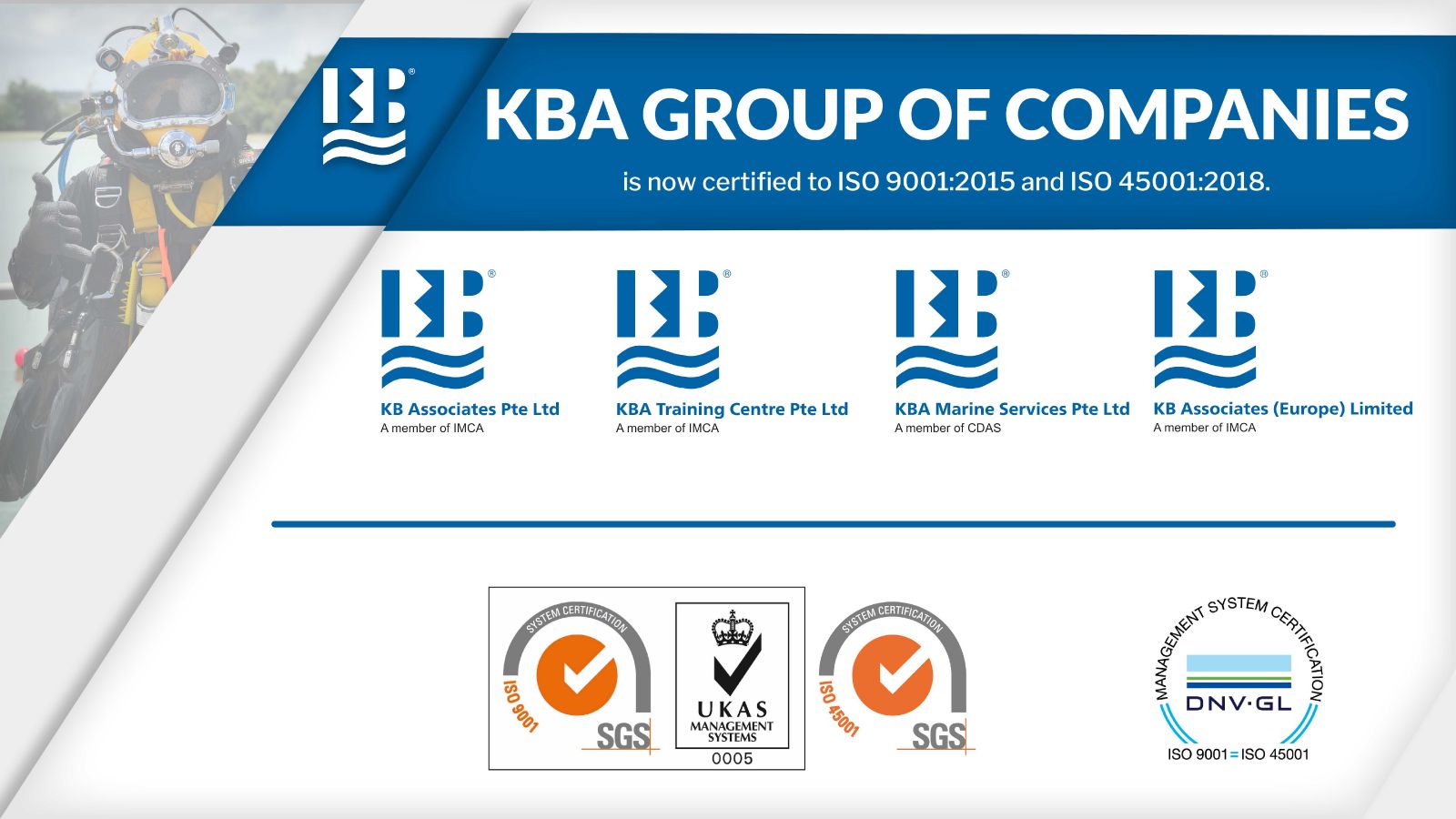 We are pleased to announce that KB Associates Group of Companies is now certified to ISO 9001:2015 and ISO 45001:2018. The audit team concluded that the IMS management team responsible for its implementation and maintenance has high level of integration and able to respond to questions about the entire system. Some positive comments from the auditors: The Management and Staff interviewed were supportive and familiar with their processes The IMS Manual and Procedures has good sign-posting for ease of navigation The Training Matrix has provided good overview of Skills and Knowledge development of the Organisation Great job to the team who've answered the auditors'

Our Managing Director, Darren Brunton, will be presenting a topic on 'Planning and Execution of Compressed Air Works' at the upcoming “Design & Construction of Tunnels & Underground Structures”, organised by TUCSS. This short course will be held on the 4 - 5 April 2019 at Orchard Hotel, Singapore. Tunnelling and underground works is a high-risk environment, therefore it is important for engineers and allied professionals in the construction industry to attend this course. Delegates will be able to have a better understanding of the tunnelling technology/engineering as well as the best practices in the underground works. Click here for the flyer. Registration